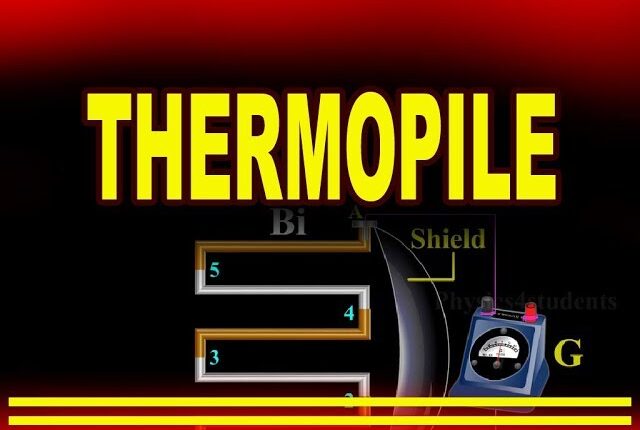 Thermopiles and thermocouples are both utilized to yield electricity by measuring and sensing temperature. Both the appliances are similar and are used in a wide array of industrial and everyday applications. Some amateur individuals get confused between a thermopile and a thermocouple. The article highlights a brief comparison between the two.

What is a thermopile?

What is a thermocouple?

In a thermocouple, the voltage output is the result of the connection of two wires from different materials. Appliances that make use of a gas flame, the thermocouple is responsible for yielding voltages, which also help in detecting the temperature. The voltage output and the temperature variation at both ends of the wires are proportional to each other. The working mechanism is similar to that of electric conductors, where the heat rests at the first end and then transfers to the second end. This is how voltage in thermocouples is generated, resulting in electricity.

There are some fundamental differences between a thermopile and a thermocouple. They are mentioned below:

Thermopiles have a thick size, while thermocouples have thinner construction.

A thermopile is designed in a way that consists of connected thermocouples either arranged in a series, or parallel combinations. On the other hand, a thermocouple consists of two types of wires from different materials. The heat is on the first wire end, which travels to the second wire and thereby yields electricity.

Thermopile versus thermocouple in fireplaces

Gas fireplaces and fireplace inserts make use of thermopiles and thermocouples to yield electricity. When the fireplace system is turned on, the gas source pilot generates heat, which transfers inside the thermocouple. When the heat is received in the next thermocouple signal end, there is electricity output. The fireplace makes use of the produced voltage output to operate the gas valve section. This allows the gas to disperse and the fire turns on.

There is a lot of confusion among several people while discussing thermopile versus thermocouple. Both the devices are based on the thermoelectricity principle to yield electricity by measuring the temperature. The devices are used widely in several applications, commonly in gas fireplaces, and fireplace inserts. To understand the differences between a thermopile and a thermocouple, one must understand their distinct working mechanism.

Dos and Don’ts When Purchasing a Home

How to Create an Absence Management System

Construction Equipment Is Yellow, And Here Is Why