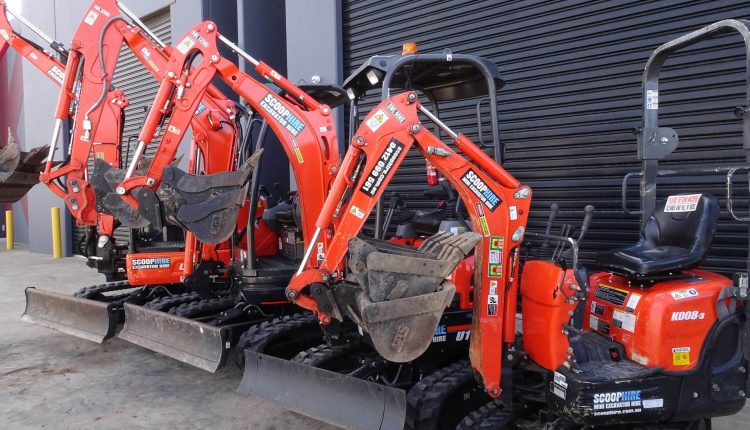 These machines are suitable to be used in residential areas because of their general characteristics which allow these machines to be used in tight spots and small compounds. For instance, mini excavators are most often used to install outdoor pools or hot tubs by contractors who prioritise time based on the fact that time is money as far as they are concerned.

One example of why people hire a mini excavator is to cut the time needed to build 5×4 swimming pools that would require 5 labourers to work 12 days by 70 %.  The same amount of time is saved by contractors and project managers for tasks such as breaking walls (demolition) and landscaping. Even general city workers often use these machines for ploughing snow on roads during winter as these machines are able to clear snow quite effortlessly by using a special attachment commonly referred to as ‘a blade’.

In essence it is the compact size and light weight element that allow these compact excavators to have a high level of mobility on snow covered roads.

In most circumstances with regards to small home projects, the requirements are quite general and a small sized excavator would be sufficient to execute heavy duty tasks. Mini excavators are capable of demolishing small structures such as walls or sheds rather easily, plus they will be able to move quite freely in tight spaces. Comparatively, demolishing small structures with hand powered tools not only take up more time; they also cost more and are less effective.

The fact that these little machines are not just able to destroy small structures, but it is also capable of clearing up the mess from the demolition quickly is another crucial factor that cannot be overlooked. The same ‘element of efficiency’ can be applied for digging foundation holes and having one of these machines on site is definitely a better option compared to old-fashioned shovelling or using hand-powered tools.

Mini excavators speed up projects which in essence free up time and allow project managers to attend to other tasks that are as equally important. Contractors could use these machines to even deal with sewer line repair jobs as they are definitely the better option compared to larger/ standard excavators such as ‘trenchers’.

The mini excavators are able to do the same tasks at a much lower cost than a full-blown trencher that is not only larger and more difficult to manage in tight spaces, but also much more expensive.

The point being driven here is that mini excavators are able to accomplish a slew of different tasks due to the fact that they are as versatile and as effective as their larger cousins, but only on a smaller scale.

In summation, it is always important to use the right tool for the right job!

Why Excavation Tasks Need Experts to Do the Job?

All About the AGM Webcast

Add the Extension That Makes Your House Feel Like Home

Signs That You Need to Hire a Pest Control Expert

There Are Many Benefits Of Employing Someone To Landscape Your Garden.

All you Need to Know About Resin-Bound Driveways

All About the AGM Webcast